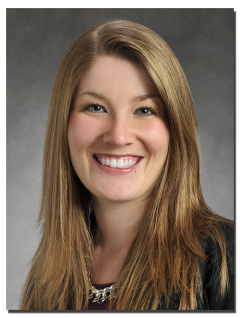 MAD Seminar: The Future of Aerospace

Challenges and Opportunities in M&P

As the aerospace industry continues to grow and change, new marketplaces and challenges present new opportunities for materials and process engineers. This presentation gave  a brief overview of what we’ve learned in the past 100 years of aerospace innovation, and then describe disrupters that are driving the need for new materials and processes. Some of these change drivers include the evolving marketplace, cost of energy, and non-aerospace manufacturing advances.

As an engineer at The Boeing Company, Dr. Tracey works on the Product Strategy and Future Airplane Development team for Boeing Commercial Airplanes with a focus on  composites, materials characterization, and surface preparation and adhesion. Dr. Tracey is actively involved with the Society for the Advancement of Material and Process Engineering (SAMPE), volunteering for various roles both locally and nationally. In 2018, she was selected as the SAMPE Young Professional of the Year 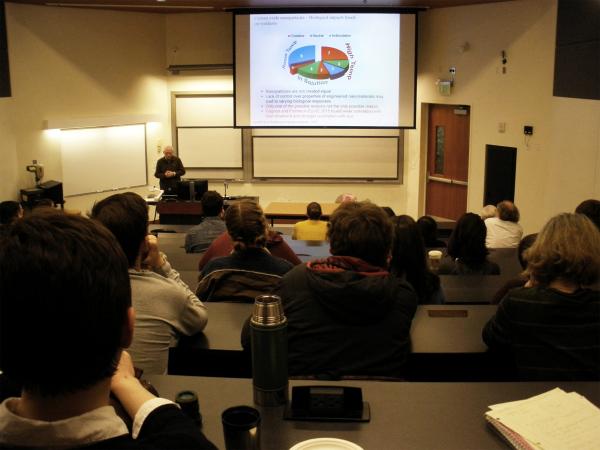 Engineered nanoparticles can be designed to have behaviors and properties that are helping to advance treatment of diseases, improve water quality, enable advanced electronics and produce sustainable energy at low costs. However, nano-objects, present fundamental synthesis, characterization and handling challenges that are often ignored or unrecognized by parts of the scientific and technical community

AMSEC Hosts Students from Whatcom County as a part of Compass 2 Campus (C2C). Students visit the AMSEC laboratories to see science in action with hands-on activities. AMSEC enthusiastically greets students each fall to help pique their interest in science and college education. Learn more about C2C.

Scientists from four Pacific Northwest universities will partner to research an emerging technology for improving the efficiency of photovoltaic solar cells, thanks to the support of a $240,000 grant from the M.J. Murdock Charitable Trust. The innovative collaboration among the largely undergraduate institutions was initiated by the Murdock Trust to help advance the science on renewable energy and to build the capacity of smaller colleges to take a key role in important research.

A team of eight students — seven from Western Washington University and one from the University of Washington — are at the helm of a project that could revolutionize the future of windows. Read the full solar window development article on The Bellingham Herald

EPA Awards $75,000 Grant for Solar Window -- A team of chemistry, engineering, design and business students at Western Washington University and University of Washington will gain a giant leap forward after the Environmental Protection Agency awarded them a $75,000 grant this past weekend. Read the full solar window grant article on the grant.

Students to Present Solar Window in D.C. -- Windows that collect solar energy? It's possible, and a team of Western Washington University students have built a prototype to prove it. They'll travel to Washington, D.C., this weekend to participate in the Environmental Protection Agency’s “P3: People, Prosperity, and the Planet Student Design Competition for Sustainability.” Read the full solar window presentation article.